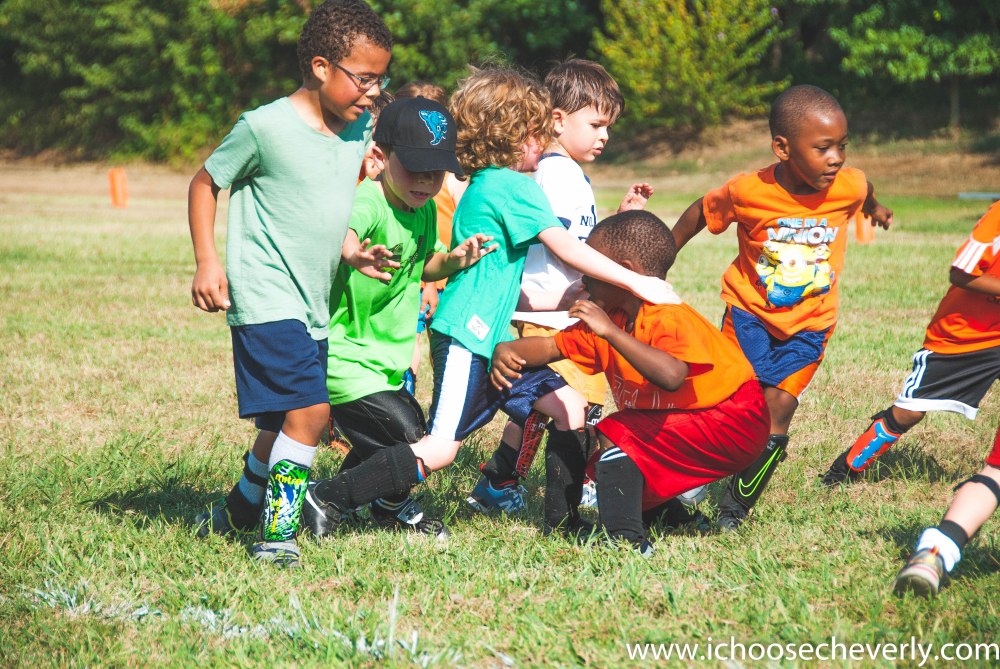 Let me introduce you to the green ‘Mini Kicks’ team from the Cheverly Boys and Girls Club: We are the green team. Last Saturday we played our second game of the season against  the orange team. We lost. In fact, this was the second game we lost. We still haven’t scored our first goal. That’s okay though. We are having a lot of fun. Most of our games look like the picture above. We run around in groups trying to get the ball. 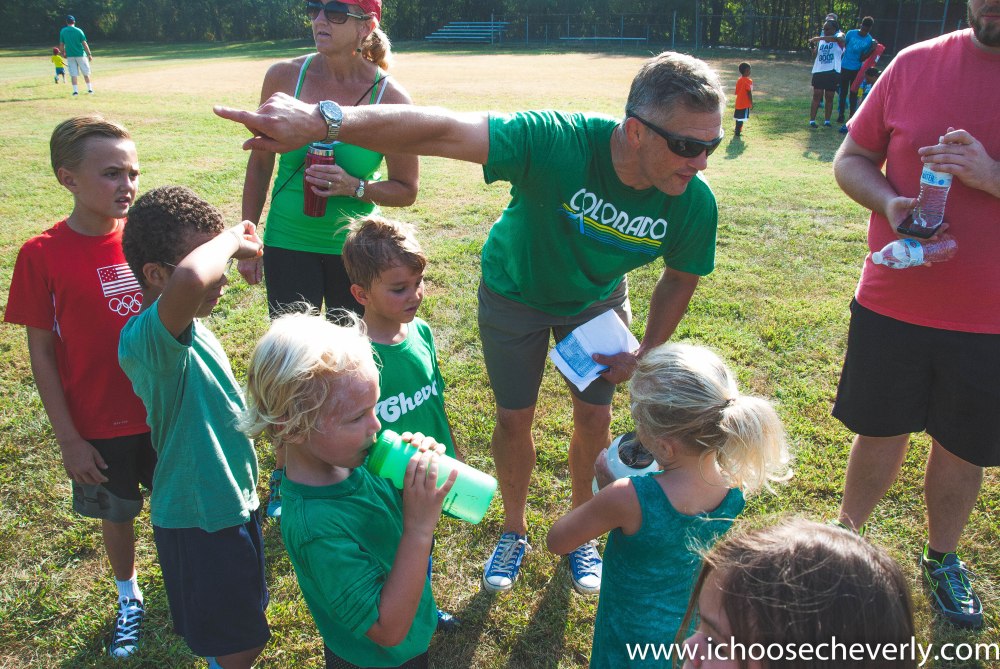 This is coach Josh. He grew up in Cheverly. In fact, he married his long time girlfriend who also grew up in Cheverly. Almost all the players on the team know Coach Josh because we are all friends in Cheverly. That’s part of our problem. We like to play with our friends on the field instead of playing the game. Coach Josh is telling us what goal we are trying to shoot at. Sometimes we get confused and forget which goal is ours. 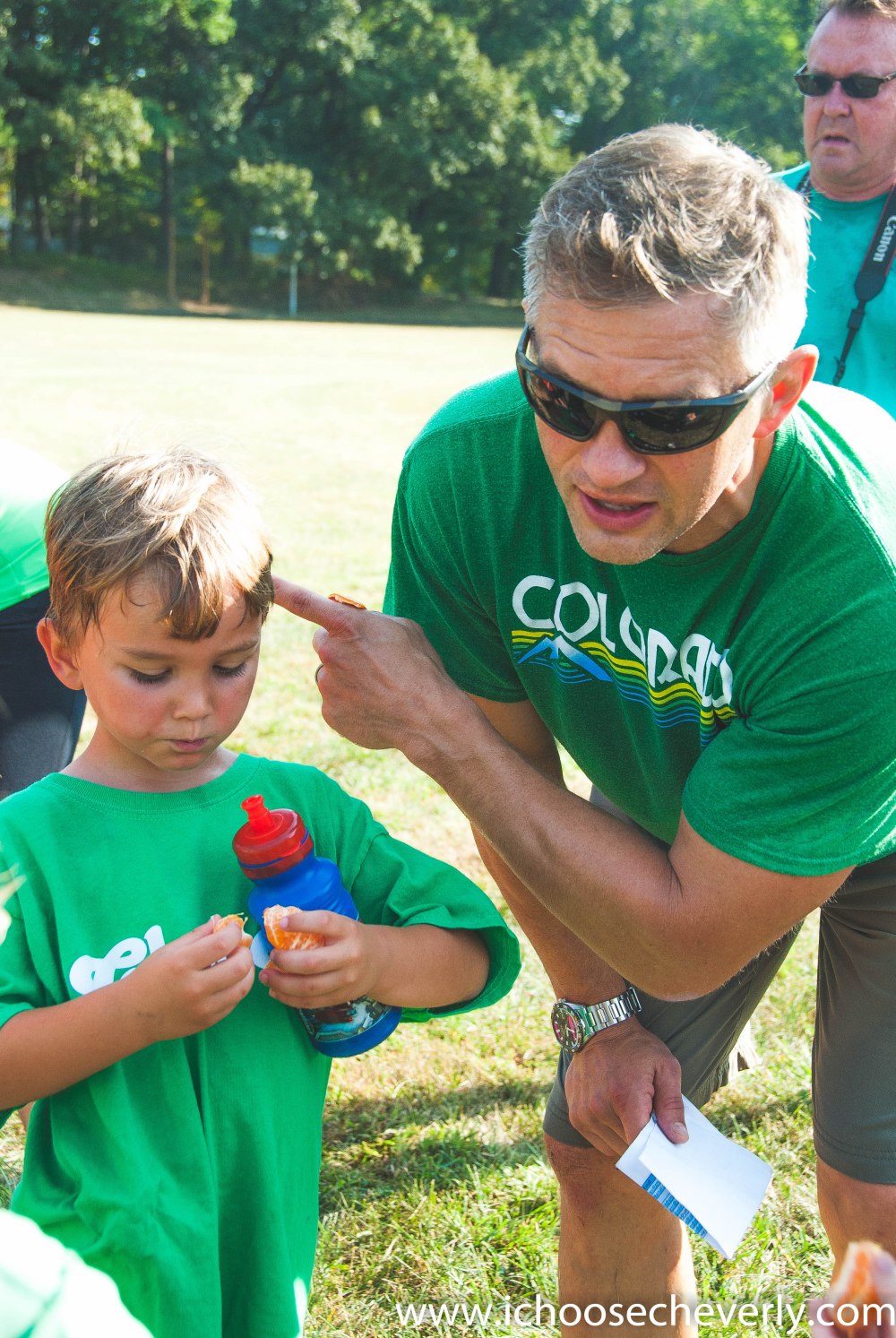 Here is Coach Josh with his son. Josh didn’t sign up to be a coach, but in Cheverly we recruit parent volunteers. 🙂 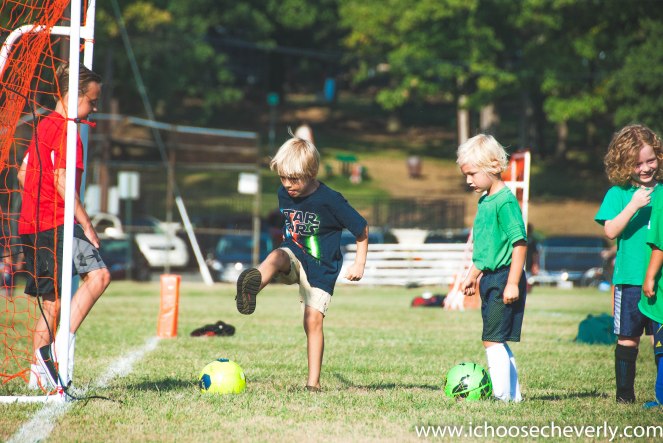 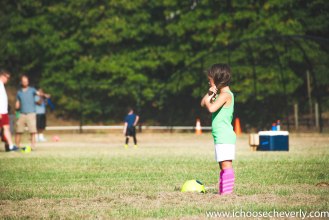 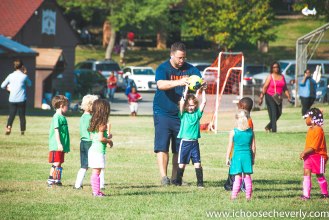 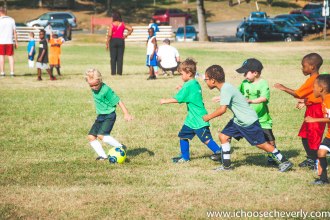 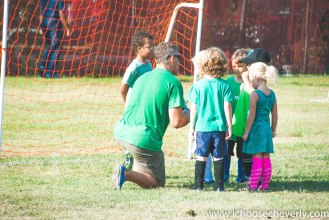 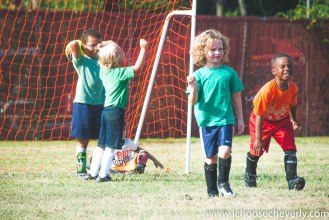 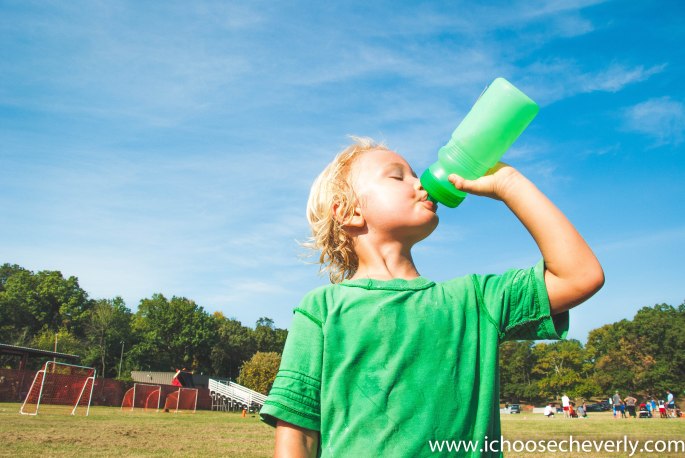 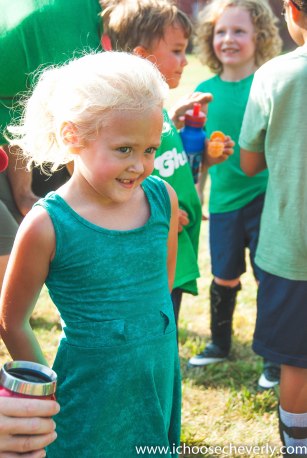 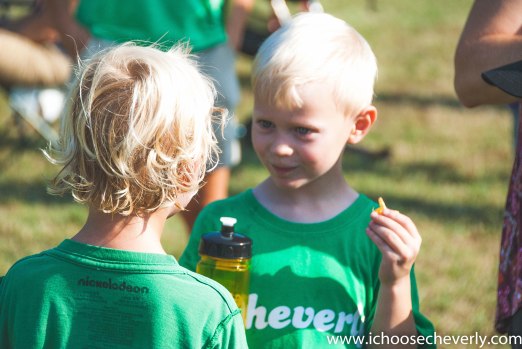 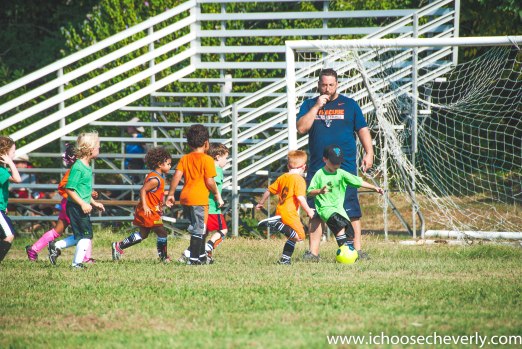 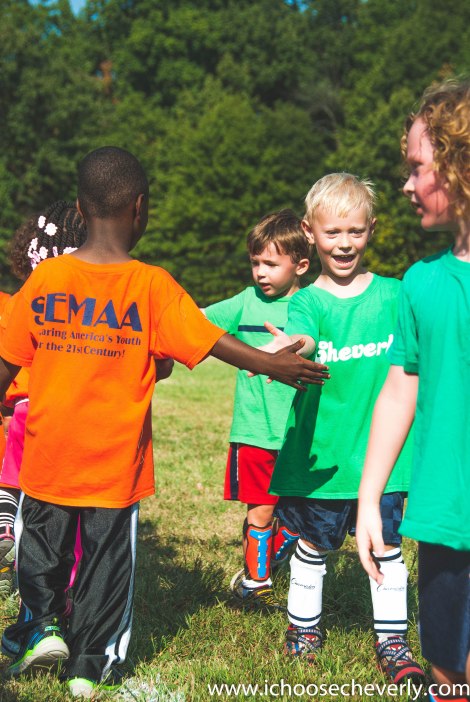 And this is us in action. Come see us on Saturdays at 9 at Town Park.

In all seriousness, Mini Kicks is hysterical. I’m truly going to miss these games when my boys get older. One of the reasons why I Choose Cheverly is because it feels like one big family. We know each other or at least recognize one another from all of the other events around town, or Weekday Nursery, or school. And I’m crazy about these kids. Just crazy about them. Love our town!! Lisa